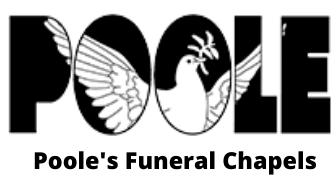 Through the passing of time, from 1936 to the present, Poole’s Funeral Chapels has provided caring and comfort to families. Poole Funeral Home began operations in Birmingham in a converted two story house located at 1113 Seventh Avenue, North. Founded by James “Jim” Poole and his sons, Ernest and John, the business continued at this location until May of 1952 when it was relocated four blocks east to its present site. The building, one of the first in the area constructed as a funeral home, was air-conditioned and boasted twin chapels, each seating approximately two hundred people. This was a marvel in its day! The business was incorporated at the time of relocation as Poole’s Funeral Chapels, Inc.

Jim Poole was working as a coal miner when he decided to fulfill a life-long dream and become an undertaker. His sons agreed to join him in this new venture. All three, at the time, were also co-owners of a carting company, providing coal deliveries and moving services throughout Jefferson County. With no prior funeral service experience, they set out to learn the trade and to establish a successful business. The three embarked on an astonishing journey which spanned more than fifty successful years.

Jim, Ernest and John began by becoming partners in Whiteside Funeral Home of Fairfield, Alabama. That association produced a new entity, Whiteside and Poole Funeral Home. Shortly thereafter, they decided to go out on their own.

Poole Funeral Home was established in 1936 in Birmingham. Here, they offered funeral services and an ambulance service as well. They set out to provide funeral and ambulance services not only to families located in Birmingham, but also to underserved outlying areas such as mining camp and farming communities. Ernest and John helped out, but continued to work in the coal mines at night as a way to subsidize the family income. Initially the business utilized the services of a trade embalmer who worked for several funeral homes, however, the need for this service ended when Ernest completed program requirements for national licensure at Welch’s School of Embalming at Miles College in Birmingham. Eventually, Ernest and, later, John quit the mines to devote their energies to the business on a full time basis. Jim’s wife, Laura, also helped out as a casket liner and florist.

The secret of Jim Poole’s success lay in his love for and commitment to his community. People in the rural mining communities knew Jim Poole and they liked him. He had a reputation for helping people in need. The Poole home was a focal point in the community, and neighbors brought their problems to him in the belief that he could straighten out just about anything. In the evenings, the Poole front porch was a popular gathering place for listening to the radio, as well as for news. Jim or his sons read the evening paper to all those who gathered.

Everyone in the family helped, including Jim’s daughter and son-in-law, Minnie and Alexander Frazier. As employees were added, they too became a part of the family, with Laura Poole cooking and feeding everyone. Jim and his sons continued to devote themselves to helping those in need. No one was ever refused funeral services due to a lack of money. In fact, the Pooles were greatly admired in the community because they made no difference between those who could pay and those who could not. All were guaranteed equal services, equipment, and automobiles provided.

It was well known that they provided more than just funerals. They also provided funds and other resources for activities that benefitted the community. The Pooles sponsored youth baseball teams, gave people rides to and from doctors’ offices, bought shoes and school books for needy children, and sponsored gospel programs. In addition, funeral home facilities were used for community meetings, gospel singing group’s practices, community programs, and church services for several local congregations. Young people in the neighborhood were allowed to practice music lessons on the piano and organ.

Jim Poole’s generosity even extended to his competitors. When he opened his business there was tough competition from a half dozen other funeral homes, all within a five to six block area. Jim loaned hearses, funeral directors, embalmers and equipment to other undertakers and never failed to help anyone who asked. Rather than hurting business, his generosity enhanced his reputation and was mutually beneficial. His business philosophy was simple: “If people want to do business with you, they will. If they don’t, nothing you can do will satisfy them.” Many practicing funeral directors, embalmers, and funeral home owners in the state got their start at Poole’s. It was a well-known fact that many of the funeral directors in the state were trained by Ernest Poole, continuing his father’s legacy.

During the early 1940’s, Poole Funeral Home entered into a contract with the United Mineworkers of America to provide burials for their members. This was, in part, due to their former work as coal miners and, possibly, the fact that Ernest had once been a union organizer. In the mid-1940’s, the owners of Service Insurance Company of Alabama approached the Poole’s about servicing their Jefferson County policyholders which, at the time, were all African-American. They agreed, but advised they could not handle the volume of such an endeavor alone. The Pooles suggested they enlist the aid of their friends, H. Lee Roberts of Roberts Funeral Home in Ensley, and A.C. Chambers, Sr. of Chambers Funeral Home in Bessemer to help in this endeavor. Together, the three entities exclusively serviced these policyholders for more than three decades. This exclusivity ended, by court order, during the 1970’s.

Business operations peaked in the late 1940’s, the 1950’s and 1960’s. During this period, Poole’s became nationally known for handling as many as 1,100 cases per year. Many Saturdays and Sundays, funeral services would be conducted in both chapels every hour on the hour. At the same time, funerals were also being conducted in outlying areas, such as Bradford, Brent, Centreville, Dora, Jasper, Leeds, Margaret, New Castle, Praco, Trussville, West Blocton, Vance, and all of Shelby County. Meanwhile, in terms of volume, Poole’s ranked in the top 10% of funeral homes in the nation and was recognized for burying more people than anyone in the southeast during many of these years.

During the turbulent days of the civil rights era, the funeral home, located in the heart of the Civil Rights District, was actively involved in transporting civil rights leaders to various destinations, as well as transporting injured protesters and demonstrators to hospitals. It is little known that one of the protesters who objected to segregated bus and train facilities was mobbed and beaten at the Birmingham Terminal Station in March of 1957. He barely escaped with his life and was hidden in the funeral home while hundreds of angry whites roamed the streets of Birmingham looking for him. After a few days, he was smuggled out of the City on a flight to Washington, DC. He was the only white man from the South to appear before a Senate sub-committee in favor of the first civil rights bill.

Poole family members also participated in the May 1963 marches which were held very near the funeral home. Among these protesters were the teen-aged daughters of Ernest (Ernestine) and John (Laura). They participated in the children’s marches and were jailed (Ernestine at the Jefferson County Jail and Laura at the Juvenile Detention Center). Sadly, in September of 1963, Poole’s Funeral Chapels conducted the funeral for two of the girls murdered in the bombing of Sixteenth Street Baptist Church. The day known as “the day of the green boxes” involved the funeral home. Several dynamite bombs were placed around the city at various homes and churches. One such bomb was found hidden outside of the funeral home and successfully defused.

Full management of the funeral home passed on to Ernest and John following Jim’s retirement in the late 1950s. He died in 1964, one year following the death of his wife, Laura. In the mid-1970s, business numbers began to slowly decline. There was a shift in population from downtown to other areas, the number of funeral homes in the city increased, funeral homes began to emerge in the rural areas which had been Poole’s exclusive domain, and there were some poor business decisions. Ernest and John were getting older and they left the day-to-day operation of the business to others. Following the deaths of John in 1990 and Ernest in 1993, their wives became involved in the operation and management of the business.

Even though the Poole name was once a household name, today many of the younger generations have never heard the name or associated it with funeral service.

For more than seventy-five years, it has been our honor to serve families of Birmingham and surrounding areas and we are honored to continue to serve families for generations to come. We are proud of our rich history of serving families with distinction. The proud heritage of Poole’s Funeral Chapels is providing caring and compassionate funeral care for families. Our reputation for fairness, caring, and service is evident by our long heritage in the community. We believe that caring service is the prime ingredient that has helped preserve this longevity. We take great pride in serving many of our families, generation after generation. There is a long tradition of personal attention to the needs and individual requirements of families. No standard practice, set pattern of events, or cost is right for everyone.

There have been many changes in how we celebrate the life of a loved one. What has not changed is our dedicated commitment to serve families with the highest level of professionalism in a respectful, caring, personalized manner and at an affordable cost. Our quality, affordable services meet the needs of each and every family we serve. We count it a privilege to care for our families, and we are grateful for the confidence they place in us.

Today, the granddaughter of Jim, with Poole family support, continues to keep the dream alive. Ernestine Poole, manager Sedric G. Mitchell, and the professional support staff of Poole’s Funeral Chapels are dedicated to do all we can for the bereaved to help them cope with the loss of a loved one by providing a professional, caring, respectful, understanding, and compassionate response to their needs. For us, funeral service is a calling – a ministry – with great responsibilities, demanding the highest professional standards for all whom we are called to serve. The trust and confidence placed in us by families makes us both proud and humble. We are determined to keep the values and traditions associated with Jim, Ernest and John Poole alive!